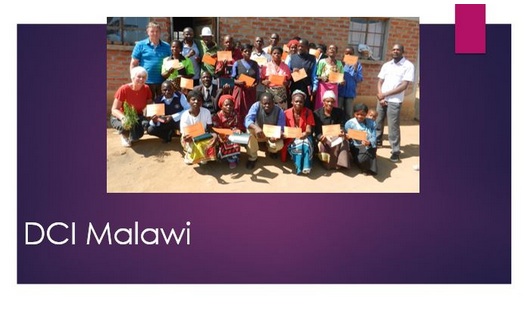 Elly and I will be travelling to Western Canada to share the work of God in Malawi. We would like to ask you to pray for us as we travel, so the excitement of what God is doing in saving a people in Malawi will cause much praise to His Name.

September 30. Presentation for friends in the Kimberley area
October 4. Meet with the DCI Board and present the Malawi work.
October 6. Present the Malawi work at Ormiston Baptist Church in Saskatchewan.
October 7-8. Connect with students at Briercrest Schools, Caronport, SK.
October 10 Fly home from Regina.

Thanks for your prayers for the work of God in Malawi. Below are some amazing stories George Chipeta sent, telling about the impact the Good News has on the lives of the villagers in rural Malawi.

An entire village is changed by the Good News!

Samuel village is found at Zikoti under Traditional Authority Mumbelwa. It was founded by Laston Mwandila who has 5 sons who are all married and have grandchildren. The village has grown bigger. Laston has stepped down due to old age and has given the authority to his first born son, Moses, to continue leading people as a village headman. Laston himself is a gentle man and does not drink but his wife was drinking. She was drinking irresponsibly and could not even take good care of her family despite being the wife of the founding village headman. As a result, her sons and daughters in-law were also drunkards and quarrelsome. This village had a bad reputation because it was full of troublesome people who were drunkards, quarrelsome and fighting with each other. There was no peace, love and unity among them despite being related. This village was also well known for its drinking. They did not have peace of mind. Their village headman was not happy with what was happening in his village because most of his people were quarrelling, fighting and he would spend his time settling matters instead of on the development of their area. This made his work so difficult and tough.

After hearing of what God was doing at Chikapu Moyo Village through the one to one discipling and Life Group meetings, they invited people of Chikapu to come and teach them. One of the people from Chikapu who went to train them was Moreen, John’s wife (before they were married). After teaching them, most of them were saved and their lives have been changed. The village headman said that he is so happy and thankful to God for saving him and his people. As a result their lives have been greatly changed; they are no longer quarrelsome and troublesome. They enjoy meeting as a Life Group and they do one to one discipling which is the best tool to reach people in their area. The reputation of the village has changed. It is now a good village where there is peace, love and unity and they are raising cattle together as a family. They also said that the New Testaments and Dynamic Basics booklets are great tools for discipling. People of their neighbouring villages are now admiring them and inviting them to introduce the Life Group to their village as well.

Ellen Mwandila (nee Phiri) she was a drunkard and quarrelsome. She could not take good care of her family because of her drinking. She did not have peace of mind and she wanted to commit suicide, but after hearing the Good News, she gave her life to Christ and she is now changed and has peace of mind. She enjoys her new life in Christ. She participates in the Life Group and she is also discipling others. Her husband is happy about the change and they are now living a happy family life.

Clement Mwandila was a drunkard and troublesome man who was by then known as “Chikweyeye Lupoko Rwambula Kucha” which means “the millet which does not ripen or mature”. He was called this name because he would not listen to people’s advice and people thought that he can never change. However, God is really great and gracious – he has saved him and changed him whom the village headman and people were not able to help. People are happy and excited because of his change. His wife is also saved and they are happily married now because God has changed them all.

Godfrey Mwandila was known by two names: “Chimembe Chadukachaduka” and “Zachazacha”. Chimembe Chadukachaduka means “the big fly has flown – it has flown and it will not land”. This means that when he has gone drinking in the morning he won’t be back till evening, and Zachazacha means that when he has started fighting someone he will not stop until that person surrenders or is defeated. He was also a good fighter and he hurt many people. He was proud of these two names. After hearing the Good News, he was saved and changed. He does not even want to be called by his old names. He is now proud to be part of God’s family. His wife Unice Mwandila is also saved and happy with her husband’s change as well as her own change. She said that before she gave her life to Christ she was spiritually blind but she can now see. She enjoys reading her New Testament and Dynamic Basic Booklet as well as participating the Life Group.

We thank God for changing the story of this village.