Many are drunkards and drinking too much is so much the way they live that they name their beer “porridge”. When they invite someone for a drink they say, “Let us go and take porridge”. We were encouraged to hear that some of the drunkards are being saved, discipled and changed and they are also reaching their friends through one-to-one discipling. Phoka is where people go to learn about witchcraft or get help when they are attacked by witches and wizards in the Northern Region of Malawi. 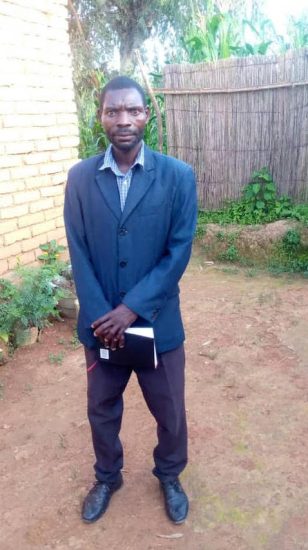 Leviso Msiska was so religious. He went to church but was not saved. His father was a witch doctor, and he also was trained by him as a witch doctor. His father started training Levison when he was 7 years old. Levison became addicted to that. They earned their living as witch doctors.  When people came for help from them, they paid Levison and his father. Witch doctors believe that they are more powerful than witches and wizards hence people go to them for help when they are attacked by witch doctors. They believe that demons reveal to them what people have done to put a curse on others and the types of herbs to use to heal them.

Levison Msiska was involved in this kind of work, trained by his father. By the grace of God through discipleship he heard the Good News that Jesus died for him, and he was saved. After being saved and discipled his life began to change. He stopped being a witch doctor and started one-to-one discipling. He started with his family. Levison has discovered that the best way to deal with witches and wizards is to believe in Jesus who is more powerful than any witchcraft. When people come to him now to get help he teaches them what God has done for him and leads them to Jesus. They are saved and are set free and they no longer live the life of fear. This is now reaching people in  Livingstonia and the entire Phoka area to believe and trust in God rather than witch doctors and drinking.

We are happy to have visited and followed up on the discipleship work that is done at Livingstonia again. I want to share with you two stores.

As you can remember, last time when we followed up on Livingstonia I wrote about Greg that GOD saved him through the discipling work of Mr. Mavumbanya. It is interesting to note that Greg also has started doing one-to-one discipling others. One of the people he is discipling is Vincent Banda and Vincent has been saved and is now a dedicated Christian believer and a member of the local Methodist Church. But at first Vincent was a drunkard just like Greg.

Now after Greg’s life became changed, Vincent came to him and asked him how he can also change his life. Greg saw that GOD has opened a door for him to share the gospel with Vincent and he started doing one-on-one discipling with him. Buy GOD’s grace, Vincent was saved and Greg is very thankful to GOD that HE has entrusted him to use him to change people’s lives such as Vincent.

Maria is a member of CCAP church. She was discipled through one-to-one. Now she is also discipling others and she has opened a life group at her house where people are meeting for Bible studies and prayers. One of the people she has discipled is DANIEL NYASULU. Daniel is her brother’s son but is living with her and has been causing trouble in the house. Many times, he disturbed people doing Bible studies and prayers in the house by making lots of boring noise. Maria started discipling him and going with him through the Dynamic Basics and praying for him. Later, Daniel gave his life to JESUS and now he is a strong believer, and he is also sharing the gospel to other people.